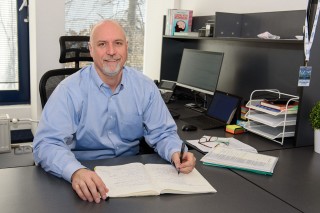 Karl G. Kocsis, joined U. S. Steel in June of 1989, following his graduation from Allegheny College in Meadville Pennsylvania. He progressed through a series of positions in the Pittsburgh Headquarters before becoming a Labor Contract Administrator at the Clairton Plant in 1996.

He has been U. S. Steel Košice Vice President Human Resources and Transformation since April 1, 2019.