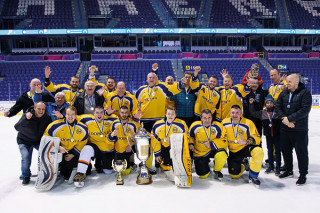 The Steel Arena was recently the venue for the annual USSK Champions ice-hockey tournament, and following the initial bully-off on Monday, January 27, a total of twenty-eight matches were played by the ten teams involved. The teams were drawn into two groups, in which each one played all the others, and then the top four teams went on into the knock-out round, trying to get into the finals. The final games were played on Wednesday, February 26, and it was the Transport Division team which picked up another champions' title, beating the Management team in a dramatic match ending with a score of 2:1 after a penalty shoot-out. The Steel Shops players proved stronger than the Hot Rolling Mill team in the match for third place, winning 4:2 in normal time.

U. S. Steel Košice also plans to find an investor for pipe production